Amino acids are the essential units of proteins, which is also one of the important nutrients of human life activities. Most amino acids contain asymmetric carbon atoms, with optical activity. 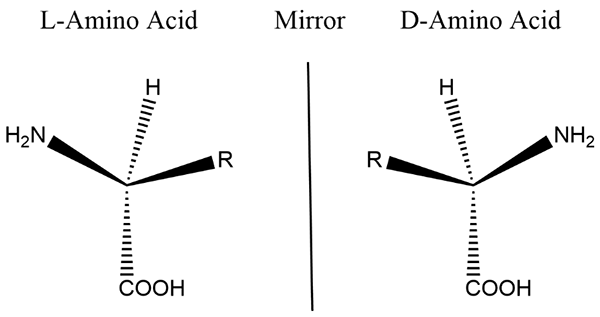 They mainly exist in the form of D-type and L-type isomers in nature and have different physiological functions in organisms. D-amino acids and its derivatives accounted for under about 10% of the total have been found. D-amino acids are present in high concentrations in microorganisms, plants, mammals, and humans and fulfill specific biological functions. Human beings can acquire D-amino acids through the ingestion of food, the derivation from endogenous microbial fora, liberation from metabolically unstable polypeptides, containing D-amino acids after racemization with aging, and through biosynthesis from L-amino acids. D-amino acids are often produced by chemical synthesis, fermentation, and enzymatic transformation. Chemical synthesis yields D-amino acids by chiral resolution of DL-amino acids or by asymmetric synthesis from chiral or prochiral starting materials. Due to the racemization of D-amino acids, high cost and low yields are the major disadvantages of chemical methods. Modified microorganisms without functional D-amino acid deaminases could be used for D-amino acid production, but because of complex enzyme systems and metabolic networks, it is difficult to achieve high optical purity and productivity. Enzymatic methods can yield D-amino acids with high optical purity, high productivity, and green process and are therefore ideal for the industrial manufacturing of D-amino acids.

Pharmaceutical industry: D-amino acids are incorporated or assimilated slower than the L-isomers, that the half-life of antibiotics and medicines containing D-amino acids is longer. D-amino acids are commonly used in semi-synthetic antibiotics synthesis, including traditional and new penicillin core and cephalosporin core antibiotics. For example, using D-Asp and amoxicillin as raw materials, aspoxicillin can be chemically synthesized . Aspoxicillin is popular due to its long half-life and low serum protein-binding characteristics. Compounds and peptides containing D-amino acids are very potent in disease therapy. Free D-amino acids are of great medicinal value. D-Phe alone can treat pain, depression, and Parkinson’s disease. D-Pro derivatives are often used for the treatment of diseases such as Alzheimer’s disease, diabetes mellitus, familial amyloid polyneuropathy, scrapie, and Kreuzfeld-Jacob disease. 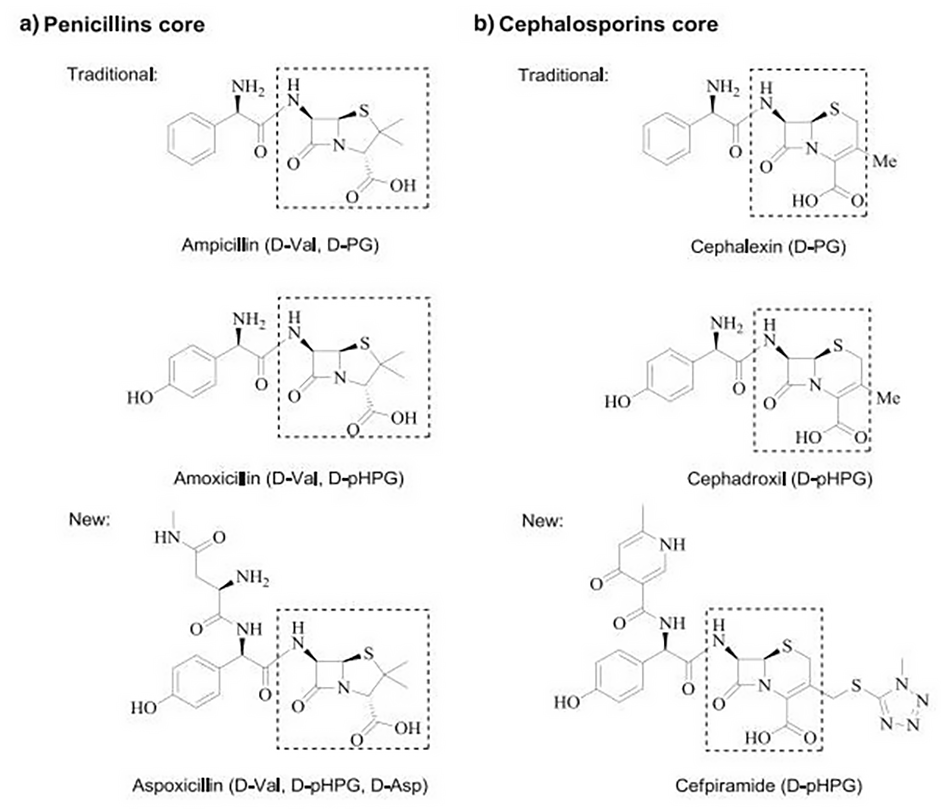 Cosmetics: D-amino acids could improve skin quality. D-Asp has both an antioxidant and collagen production-promoting effect. D-Glu can recover barriers and reduce wrinkle formation and skin roughness. D-Ser can reduce ultraviolet damage. Due to these effects on skin quality, D-amino acids of any type, as long as they were D-forms, have been added into an oil-in-water type emulsion skin cosmetics.