D-amino acids are mainly used as sweeteners in the food industry. Phenylalanine, aspartic acid and alanine are important raw materials for the synthesis of sweeteners. D- valine can be used to synthesize pyrethroid and chlorofluoroprethrin. D- amino acids are more widely used in medicine. Among them, D-phenylalanine, D-valine, D-proline and D-alanine are the most widely used.

L-amino acids can be absorbed directly by the body, and D-amino acids must be converted to L-type in the body before being absorbed. Most of the synthetic amino acids are racemic amino acids. How to efficiently obtain the specular pure enantiomer of amino acids is of great significance for the production of drugs and food. Here are several ways to split DL-amino acids:

Chemical resolution: Chemical resolution is one of the earliest methods for optical isomers resolution, and its mechanism and process are the most mature. Chemical separation principle of amino acid as follows: the racemic amino acid and split agent generate two diastereomer amino acid derivatives (such as amino ester, amide, or salt), using the difference of the chemical and physical properties of enantiomers to separate (usually the solubility difference). 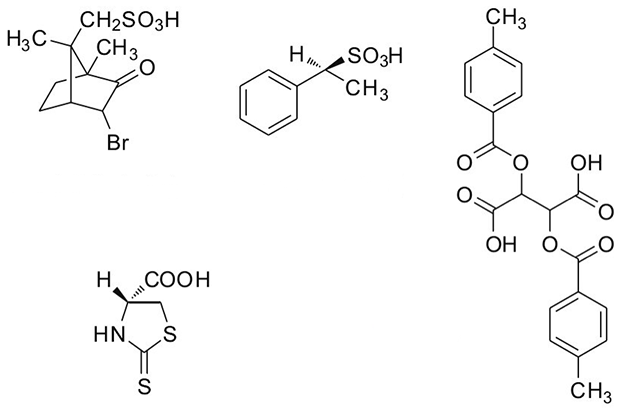 Membrane separation: The mechanism of membrane resolution is similar to that of chiral ligand exchange chromatography for the separation of racemic amino acids, depending on the difference in the stability of the ternary complexes formed by the enantiomer of amino acids, the metal cation in solution and the stationary phase containing the chiral selectors.

Enzyme separation: Two enantiomers in a racemate, one of which can be converted to other substances under the action of an enzyme, the other one does not change, so as to achieve enantiomer separation.

Induced crystallization: The induced crystallization uses the property that a certain optical isomer of amino acid has a lower solubility than the racemate at a certain temperature and is easy to precipitate out. A certain optical isomer is added into the solution of the outer racemate as a crystal species to induce the isomer with the same crystal species to preferentially precipitate out, so as to achieve the purpose of separation.