Fluorescent Amino acid: Amino acid is a general term for a class of organic compounds containing amino and carboxyl groups. The basic constituent unit of biological functional macromolecular protein is the basic substance of animal nutrition protein. Tryptophan (try), tyrosine (Tyr) and phenylalanine (PHE) are the only components of natural amino acids that can fluoresce. They are fluorescent. It can be measured by fluorescence analysis, which has the advantages of high sensitivity and good selectivity. For example, amino acids with fluorescent properties, tyrosine, tryptophan, and phenylalanine can be used for fluorescence analysis. When 2-mercaptoethanol is used as a reducing agent, phthalaldehyde and amino acid compounds can form strong fluorescent substances through cyclization and condensation reactions.

The best excitation wavelength (λex) of this substance is 340nm, and the best emission wavelength (λem) is 450nm. The fluorescence intensity is proportional to the amino acid concentration. The reagent is stable in aqueous solution and reacts rapidly at room temperature to form a product with strong fluorescence.

For amino acids that do not have fluorescent properties themselves, the prepared fluorescent probes can be used to specifically identify and detect amino acids. Mercapto amino acids such as cysteine (Cys), homocysteine (Hcy), and glutathione (GSH) play an important role in the body. Cysteine (Cys), homocysteine (Hcy), and glutathione (GSH) have similar structures, especially Cys and Hcy, which differ in structure by only one methylene group, but in the life system However, it has different biological functions in the process, so it is of great research significance to distinguish Cys from Hcy. Therefore, the development of fluorescent probes with novel sulfhydryl amino acid detection and selective detection of Cys, Hcy and GSH is of vital scientific significance and practical value. 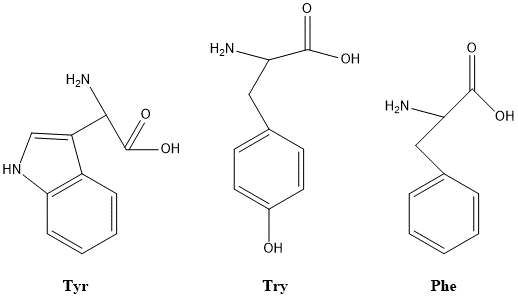 The use of fluorescent probe molecules at the cellular level to detect the content and changes of intracellular substances has a very important value for the development of the human level. The related mechanisms of fluorescent probes for detecting sulfhydryl amino acids mainly include Mike addition reaction and aldehyde group ring formation. Reaction, sulfonamide and sulfonyl lipid cleavage reaction and other mechanisms of reaction.

Fluorescent probe for detecting amino acids using Mike addition reaction In 2009, Lin's group used the Mike addition reaction to design and synthesize fluorescent probe molecules for detecting sulfhydryl groups. This probe uses coumarin as the parent fluorophore, and its fluorescence is quenched by intra-molecular charge transfer (ICT) between the diethylamine group and the pyridine group. When the probe and the mercapto compound occur After the reaction, the generation of ICT state is suppressed, so that the fluorescence can be recovered.

Fluorescent probes that use sulfonamide and sulfonyl lipid cleavage to detect amino acids. Tang et al. Reported fluorescent probes synthesized using sulfonamide cleavage. The luminescent group is an iridium complex. The probe itself has no fluorescence. After the probe interacts with cysteine, the absorption peak at 335 nm in the ultraviolet-visible absorption spectrum gradually increases, and a strong emission peak appears at 600 nm in the fluorescence spectrum.

In summary, among the fluorescent probes that recognize various thiol amino acids, the probes that react with aldehyde groups as recognition groups have received extensive attention.

On the other hand, synthesizing a fluorescent amino acid can not only be used directly in the synthesis of peptides, to prepare fluorescently labeled polypeptides, but also structurally it can induce the peptides to form a stable secondary structure, so that the obtained fluorescent peptides have certain biological activities. As a probe, it can be directly used in the study of the interaction with proteins and has great practical application prospects.

In-depth study of the interaction mechanism between protein and other biomolecules and small molecular substances (or biomolecules), the establishment of a fast and simple analysis method for biomolecules, which is of great significance for elucidating the mysteries of life at the molecular level. Hotspots in chemical research.