Amino acid inhibitors have good tolerance, low bioavailability and short half-life, and can be chemically modified to increase activity and stability. Although the affinity of amino acid inhibitors to the target may not be as good as that of antibody drugs, their controllable pharmacokinetic properties and mature research system may overcome the existing problems of antibody drugs and replace monoclonal antibodies or serve as their complementary therapy. 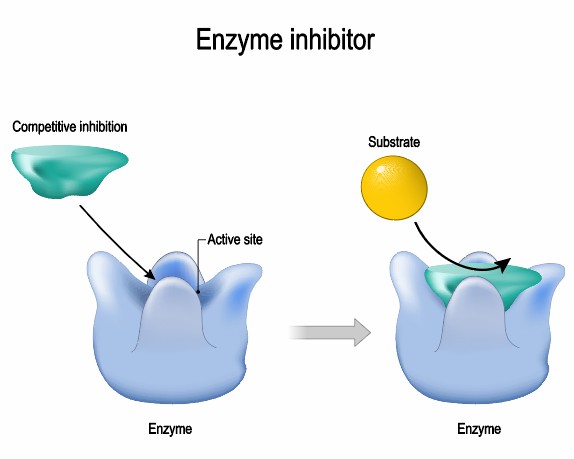 Nitric oxide synthases (NOS) are a family of enzymes that catalyze the production of nitric oxide (NO) from L-arginine. NO produced by NOS participates in the regulation of cardiovascular, central nervous and immune system physiological processes and biological signals. Uncontrolled NO production can lead to pathological conditions such as stroke, inflammation and hypertension. Therefore, the control of NOS activity by NOS inhibitors has great potential for the treatment of NO-related diseases.

Dipeptidyl peptidases (DPPs) are a class of antigenic enzymes expressed on the surface of most cell types and are associated with immune regulation, signal transduction and apoptosis. DPP-4 plays a major role in glucose metabolism. DPP-4 inhibitors can inhibit the inactivation of glucagon-like peptide-1 (GLP-1) and gastrin inhibitory peptide (GIP) by DDP-4, increase the levels of endogenous GLP-1 and GIP, and promote the Beta cells release insulin, which lowers blood sugar.

Indoleamine 2,3- dioxygenase (IDO) can regulate the body's anti-tumor immunity, participate in the formation of tumor inflammatory microenvironment, and promote tumor angiogenesis. It is associated with Alzheimer's disease, senile cataract, cancer and other related to disease pathogenesis. In clinical trials of treating different malignant tumors, IDO inhibitors can not only be used as immunomodulators, but also be used in combination with therapeutic strategies such as immune checkpoint inhibition, radiotherapy and chemotherapy.

GABA, γ-aminobutyric acid, is an important inhibitory neurotransmitter in the central nervous system. The degradation of GABA is mainly catalyzed by GABA aminotransferase. GABA inhibitors can be used to treat a variety of neurological diseases such as epilepsy, Parkinson's disease, Huntington's disease, Alzheimer's disease, etc.

Tryptophan hydroxylase inhibitors are useful in the treatment of diseases or conditions associated with peripheral serotonin. Tyrosine hydroxylase inhibitors can be widely used as whitening agents in cosmetics and pharmaceutical industries, and can also be used as anti-browning compounds in food and agricultural products.

Cathepsins are essential for many physiological functions such as ion channel activity, apoptosis, angiogenesis, proliferation and metastasis. Many diseases have been attributed to dysregulation of cathepsins. Cathepsin inhibitors work by inhibiting the activity of enzymes.

Serine protease inhibitors are a class of regulators of serine protease activity, which can regulate many important life processes in organisms, such as protein folding, inflammatory response, cell migration and tumor suppression.