What is Fluorescent Modification?

Choose the appropriate fluorescent substance according to the experimental needs.

For in vivo studies, fluorescent substances with an emission wavelength of 650-900 nm, such as ICG and Cy5.5, are generally selected. The fluorescence emitted by such substances has better tissue penetration ability and is less affected by background interference.

For in vitro studies, fluorescent substances with an emission wavelength of 400 to 600 nm, such as FITC and TAMRA, are generally selected. 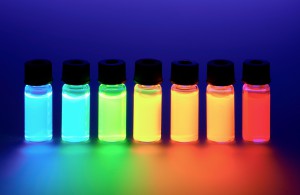 In the fluorescence modification technology, the most commonly used fluorescent substances are FITC, FAM, TAMRA, etc., which can be used for the modification of proteins and peptides.

FITC is an amine-reactive fluorescent dye that can be used to modify peptides. FITC typically reacts with the N-terminal amino group of the peptide. During N-terminal labeling, an alkyl spacer, such as aminocaproic acid (Ahx), is introduced between the amino group and the thiourea bond formed by the reaction of FITC. In this way, the peptide and FITC can be coupled without hindrance. FITC-labeled cell penetrating peptides (CPPs) can be used to image intracellular components. 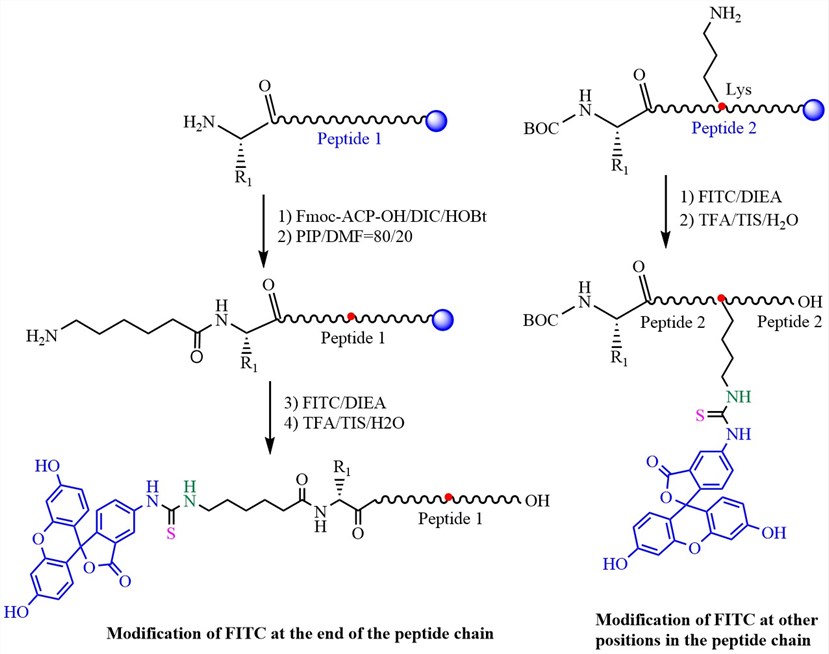 TAMRA is one of the most commonly used orange fluorescent substances for labeling peptides and proteins. TAMRA has several advantages over FITC. For example, TAMRA showed stronger resistance to photobleaching than FITC. Furthermore, TAMRA has an additional positive charge that may increase the interaction between TAMRA and target compounds. FITC and TAMRA can be used in combination. Because they have different excitation and emission wavelengths and do not quench each other.

Dnp is a non-fluorescent dye that can be used as a fluorophore quencher. 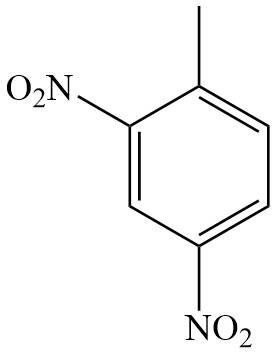