Methylation is an important modification of proteins and nucleic acids, which is closely related to many diseases such as cancer and Alzheimer's disease, and is one of the important research contents of epigenetics. Methylation reactions are catalyzed by methyltransferases (MTs). The substrates that MTs act on can be nucleic acids or proteins. Methylation modification refers to the process of catalytically transferring methyl groups from active methyl compounds to other compounds, which can form various methyl compounds, or chemically modify certain proteins or nucleic acids to form methylated products.

Post-translational modifications (PTMs), as an important part of cell signaling pathways, are the molecular basis of protein dynamic responses and interactions, and are also important targets for cell signaling regulation. Methylation modification is a ubiquitous post-translational modification, which is involved in almost all life activities of cells and plays an important regulatory role. Protein methylation modification refers to the process of covalently binding proteins to specific amino acid residues under the catalysis of MTs. Methylation occurs mainly on arginine (Arg) and lysine (Lys) residues, but also on histidine, cysteine, and asparagine. Lys residues can be mono-, di-, or trimethylated. Arg residues can undergo mono- and di-methylation modifications. The latter can be asymmetric, i.e. both methyl groups are attached to the same N atom at the end of the Arg side chain, or symmetric, i.e. one methyl group is attached to each of the two terminal N atoms. 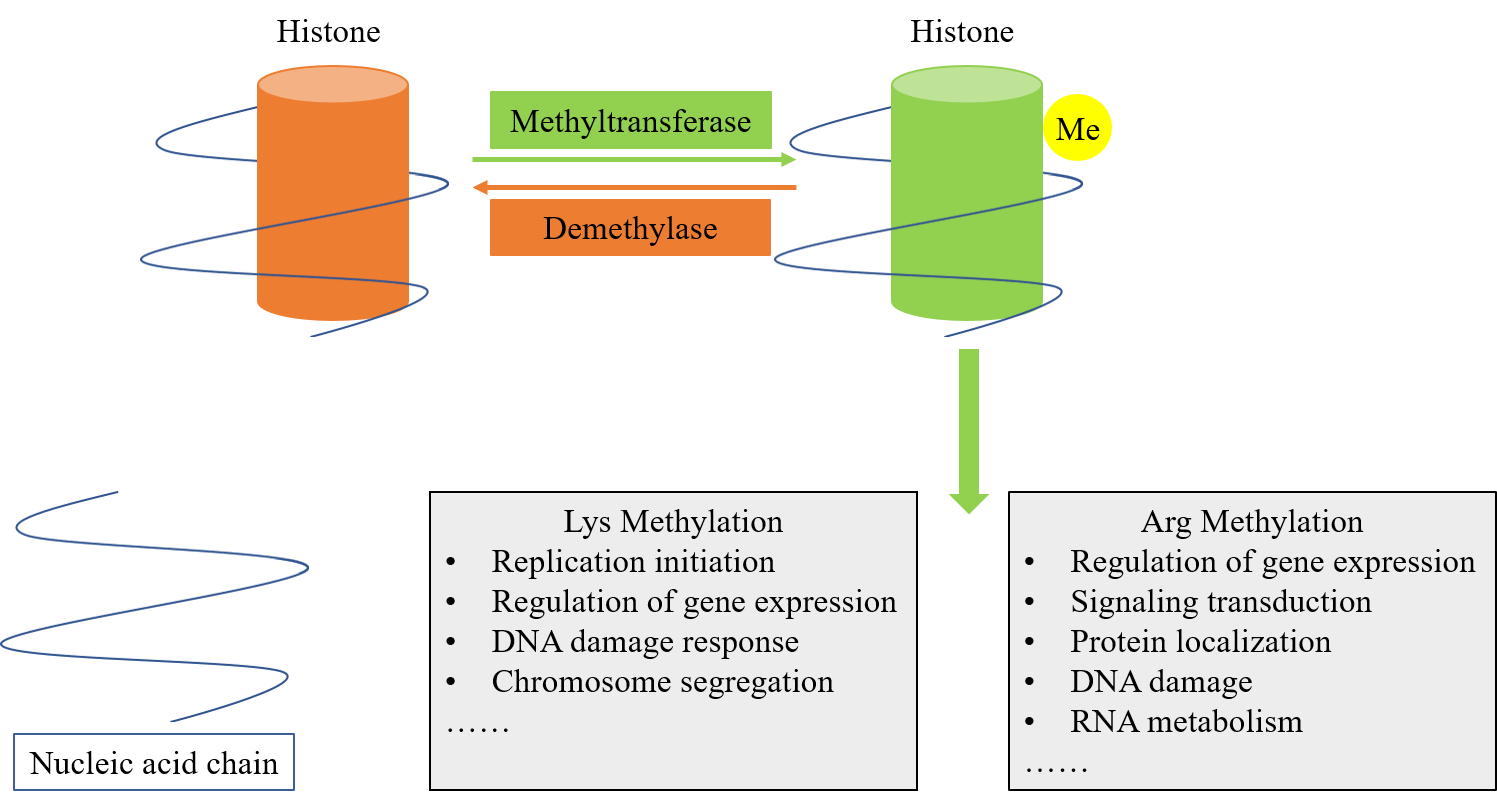 The main process for the synthesis of Lys and Arg methylated peptides is as follows:

Methylated peptides are an important tool in the development of polyclonal antibodies and monoclonal antibodies. Methylation modifications change the structure of the polypeptide. Structural changes will lead to dramatic changes in the pharmacological activity of the modified polypeptides. For example, cyclic peptide compounds have the characteristics of good enzymatic stability, strong physiological activity and simple spatial structure. At the same time, natural polypeptides often contain N-methylated backbones and non-protein amino acids, which are beneficial to enhance their hydrolytic stability to proteases, membrane permeability and affinity to targets. N-methylated cyclic peptides combine the above two advantages and often have outstanding biological activities, so they become potential lead compounds for screening new drugs with antibacterial, antiviral, antitumor and immunomodulatory activities.