The terminal functionalization of a peptide has a very important effect on its biochemical properties. Peptides can be modified at the C-terminus with a carbonyl group. The specific modification of the C-terminus can prolong the in vivo metabolic half-life of the peptide, reduce the immunogenicity or reduce the toxic side effects. Efficient and accurate C-terminal modification of peptides is a hot field in the research of biologically active macromolecules, and it is also an urgently needed technology in the industrial production of peptides. 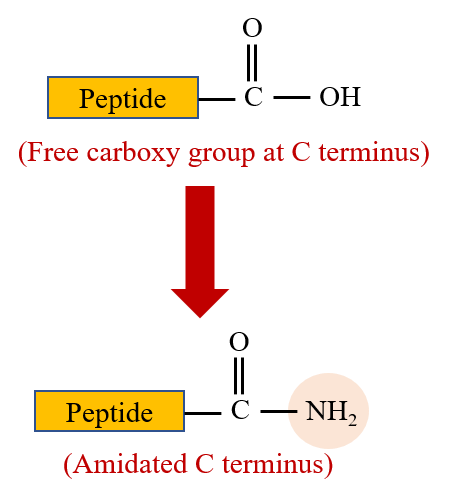 Aldolylation of peptides is carried out at the C-terminus of the peptide, and the carboxyl group is modified into an aldehyde group. Peptide aldehydes are a class of peptide analogs with an aldehyde group at the C-terminus. Peptide aldehyde can simulate the transition state of the substrate when it is hydrolyzed by the enzyme during the interaction with the enzyme, and become an inhibitor of many corresponding important enzymes in the organism.

The reduction of carbonyl groups can generate alcohol groups. Peptidols with a hydroxyl group at the C-terminus can be synthesized by reducing amino acids with unprotected side chain hydroxyl groups in the peptide sequence. 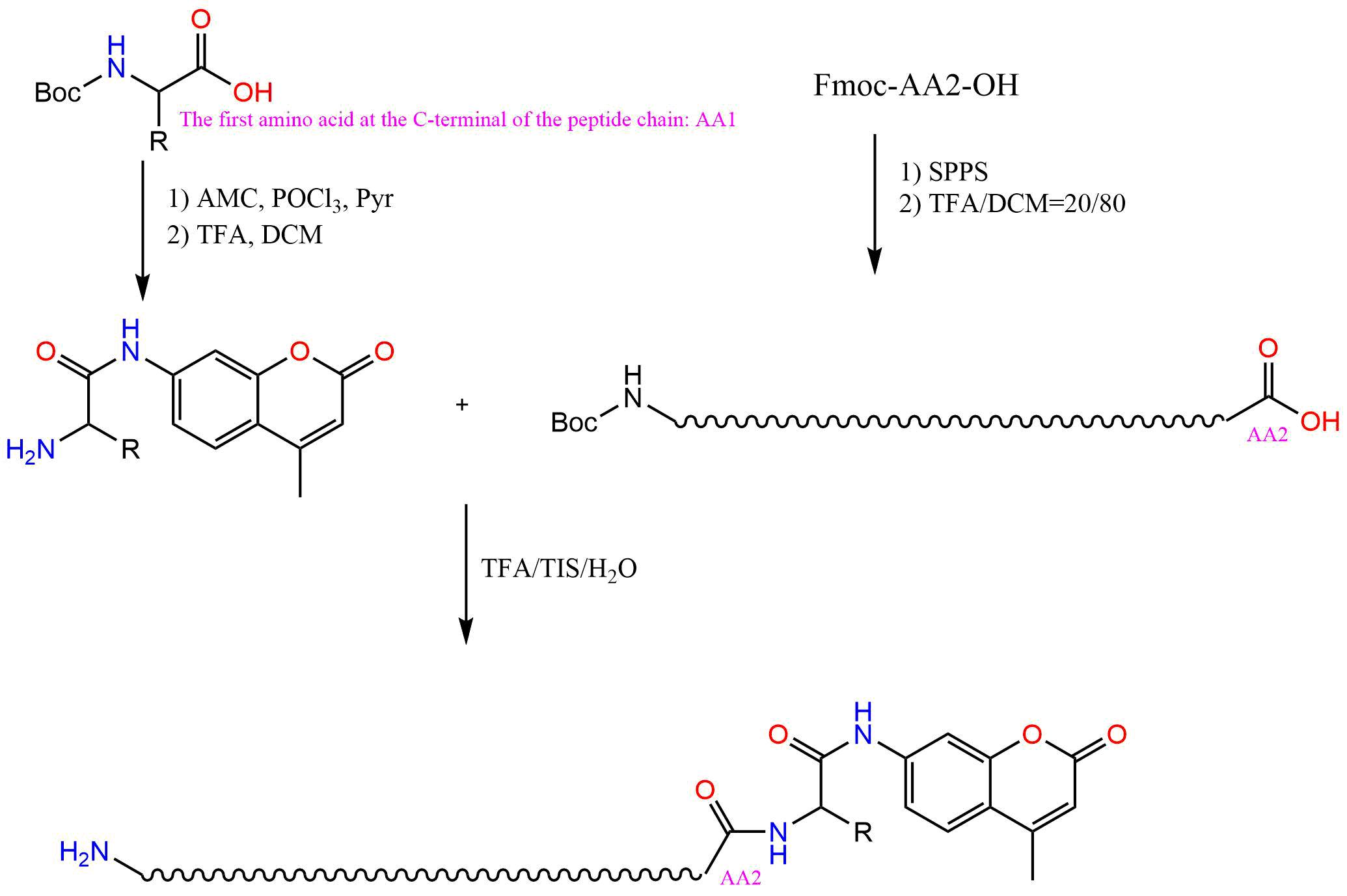 AFC (7-amino-4-trifluoromethylcoumarin) is a fluorescent reagent. Compared with AMC, AFC has longer absorption and fluorescence wavelengths. AFC-modified peptides can be used as fluorescent substrates for the detection of enzymatic activity.

PNA (peptide nucleic acid) is a synthetic nucleic acid-like chemical. The backbone of PNA is composed of repeating N-2-(aminoethyl)-glycine units, which are combined through peptide bonds. Similar to peptides, PNAs also have N- and C-termini. Since PNA is neither a peptide nor a nucleic acid. Therefore, PNA is very stable and is not easily hydrolyzed by proteases or nucleases. At the same time, due to the strong pairing specificity between bases, the thermal stability of PNA is high.

With the increasing application of peptide drugs in the treatment of diseases, simple molecular peptide chains can no longer meet the increasingly in-depth scientific research requirements of researchers. People began to try to introduce halogen elements such as F and Cl into peptide molecules. Chloromethyl ketone modification (CMK modification) has greatly changed the biological properties of peptide molecules and significantly promoted the development of peptide drugs.