Peptides are compounds formed from α-amino acids linked together by peptide bonds, and are intermediates of protein hydrolysis. A compound formed by the dehydration condensation of two amino acid molecules is called a dipeptide. Similarly, there are tripeptides, tetrapeptides, pentapeptides, etc. Compounds usually formed by dehydration and condensation of 10 to 100 amino acid molecules are called polypeptides, and their molecular weight is less than 10,000 Da (Dalton). There are also literatures that call peptides composed of 2 to 10 amino acids as oligopeptides. Peptides consisting of 10 to 50 amino acids are called polypeptides. A peptide consisting of more than 50 amino acids is called a protein.

Proteins are a class of biological macromolecules that widely exist in living organisms. They are polymer compounds formed by combining α amino acids in a certain order to form a polypeptide chain, and then combining one or more polypeptide chains in a specific way. 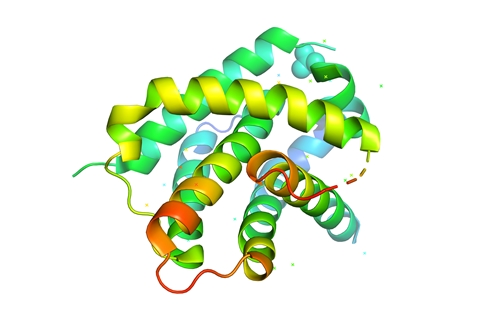 Peptide-carrier protein coupling is mostly used for the preparation of anti-toxin antibodies. Individual peptides are often too small to elicit an adequate immune response. Carrier proteins with many epitopes are beneficial to stimulate helper T cells and further induce B cell immune responses. The immune system uses peptide-proteins as a whole to provoke an immune response. Conjugation of peptides to carrier proteins (such as KLH, BSA, OVA) can increase the size of the antigen and enhance immunity, resulting in highly efficient antibodies. In general, peptides can be conjugated to proteins under two conditions. One is that peptides have free amino or carboxyl groups. Second, the sulfhydryl group on the cysteine residue of the peptide can also be coupled with the carrier protein. 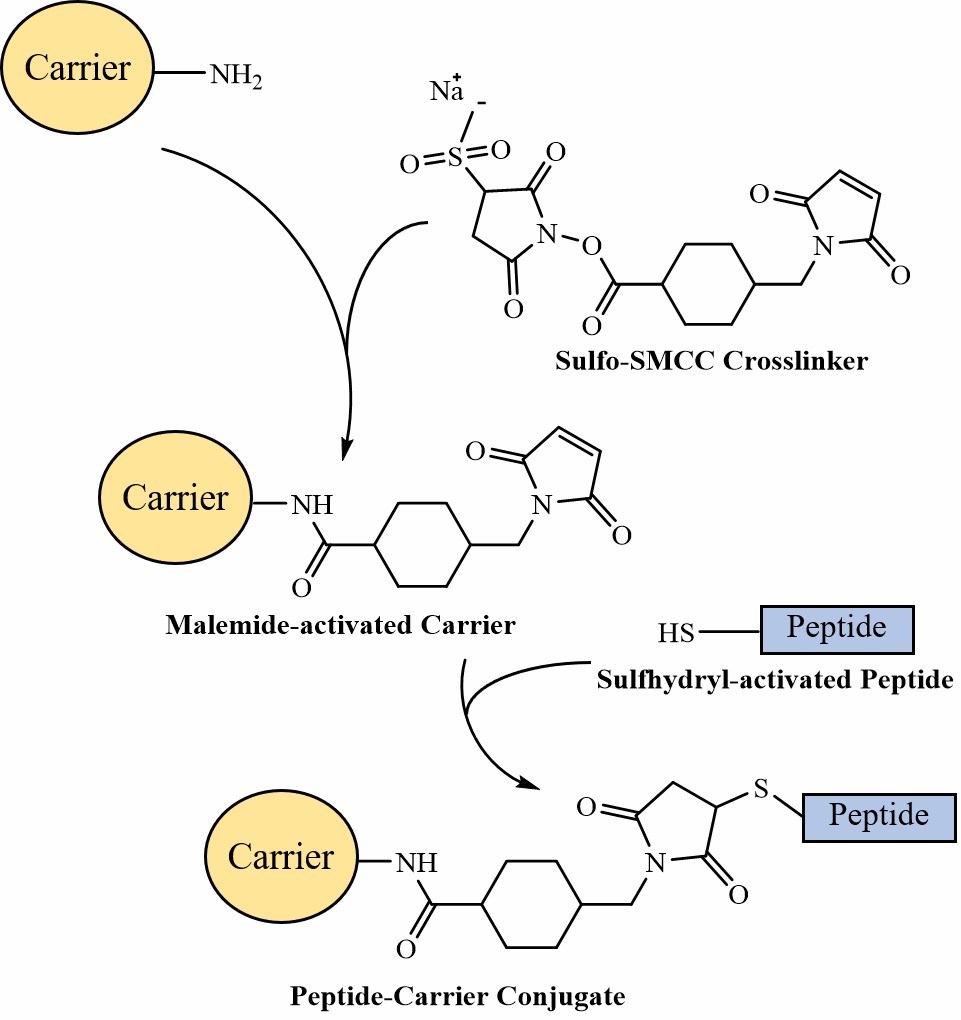 Conjugation method of peptide and carrier

Carrier proteins are mainly as follows:

KLH is a free blue respiratory pigment found in the hemolymph of some mollusks and arthropods. KLH is a protein macromolecule with high immunogenicity, which not only has the function of oxygen transport, but also is related to the storage of energy, the maintenance of osmotic pressure and the regulation of the molting process. KLH is widely used as a carrier protein due to its large quality and high complexity. KLH elicits stronger immune responses than other carrier proteins. As a protein with a very large molecular weight, KLH has a large number of active groups on the surface of the molecule, and the most commonly used for coupling is the primary amine group. Through a crosslinker, the sulfhydryl/carboxyl/primary amine groups on the peptide form covalent coupling with the active groups on KLH to prepare a complete antigen for immunizing animals to obtain antibodies.

BSA is a relatively stable soluble albumin. Its molecular weight is smaller than that of KLH. As a carrier protein, cross-linking BSA to haptens and other weak antigens can make them more immunogenic in antibody production. BSA is often used to improve peptide solubility and enhance peptide immunogenicity. However, since BSA is often used as a blocking agent in immunoassays, the peptide-BSA conjugate may cause false positives in detection.

OVA consists of 386 amino acids. In the production and preparation of various vaccines and biological drugs, OVA is often used as a protein additive to improve the stability of biological drugs or vaccines. In the process of antibody preparation, OVA can be used as a carrier protein for the coupling of haptens to enhance the immunogenicity of polypeptides. It can also be used as a second carrier protein to verify whether the antibody is specific to only the polypeptide and not the carrier protein (such as BSA). OVA is also often used as a protein molecular weight standard for electrophoresis or chromatography.