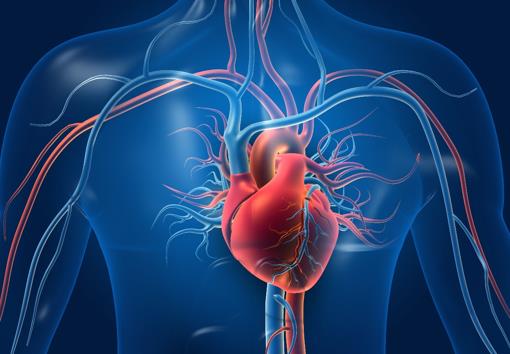 There are four common causes of cardiovascular disease: (1) vascular factors such as atherosclerosis, hypertensive arterioles, arteritis; (2) hemodynamic factors such as hypertension; (3) high fat Blood rheology abnormalities such as blood sugar and diabetes; (4) blood component factors such as leukemia, anemia, and thrombocytosis. 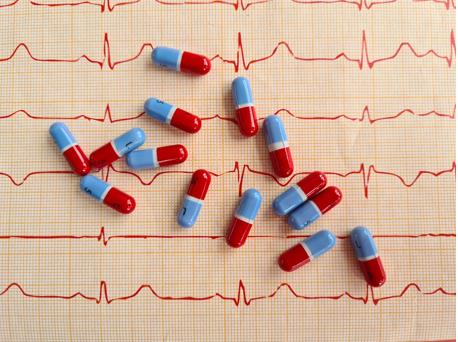 Angiotensin (ANG) is a group of oligopeptide hormones formed by angiotensinogen (AGT) under the action of renin and a series of enzymes.

Angiotensin is widely present in the central nervous system and peripheral tissues, and plays an important role in vasoconstriction, blood pressure elevation, and promotion of adrenal hormone release.

Angiotensin I is a 10-peptide produced by renin acting on angiotensinogen in plasma. Angiotensin I, as a precursor of angiotensin II, also has certain biological effects. Angiotensin I can affect intrarenal blood flow distribution, inhibit renin secretion, and stimulate adrenal medulla to secrete epinephrine.

Angiotensin II is an 8-peptide produced by the hydrolysis of angiotensin I under the action of angiotensin-converting enzyme (ACE). Angiotensin II can constrict the arterioles of the whole body to increase blood pressure, and it can also constrict veins, resulting in an increase in blood return to the heart. In addition, it can also promote the secretion of aldosterone by the adrenal cortex. Aldosterone acts on the renal tubules to retain sodium, water, and potassium, resulting in increased blood volume. Angiotensin II also enhances sympathetic vasoconstrictor activity, induces thirst and drinking behavior, and stimulates the secretion of vasopressin and adrenocorticotropic hormone.

Angiotensin (1-7), as an antagonist of angiotensin II, has various effects such as vasodilation, natriuresis, inhibition of smooth muscle hyperplasia, and is of great significance to cardiovascular research.

Adrenomedullin (AM) is a cardiovascular active peptide consisting of 52 amino acids. AM has a variety of physiological effects such as dilating blood vessels, inhibiting vascular remodeling, lowering blood pressure, improving cardiac systolic function, natriuretic diuresis, and regulating renal function. As a monitoring index, AM is of great significance to the assessment of cardiovascular system diseases, and provides new ideas for disease prevention and treatment.

Apelin is an endogenous ligand of angiotensin II receptor-associated protein (APJ). Apelin is an important active peptide whose molecular structure is similar to that of angiotensin II. Apelin can modulate cardiovascular function in a paracrine and/or autocrine manner. Apelin can significantly increase myocardial contraction while dilating blood vessels and lowering blood pressure. It has a unique dual beneficial effect on the improvement of heart pump function and the regulation of blood pressure. Apelin is therefore a powerful tool in the treatment of heart failure and hypertension.

Brain natriuretic peptide (BNP) is a member of the natriuretic peptide family. BNP is a peptide hormone mainly secreted by ventricular myocytes. Factors such as myocardial ischemia, necrosis, injury, ventricular wall tension and excessive pressure stimulate the synthesis and release of BNP. BNP has the functions of natriuretic diuresis, dilation of blood vessels, inhibition of renin secretion, and inhibition of aldosterone secretion. Studies have confirmed that BNP can be used for the diagnosis, prognosis and treatment of heart failure. BNP is also involved in the pathophysiological mechanism of various cardiovascular diseases such as acute coronary syndrome and hypertension.

C-type natriuretic peptide (CNP) is the third member of the natriuretic peptide family, mainly produced by endothelial cells. As a cardiovascular active peptide, CNP can dilate blood vessels, inhibit the proliferation, migration and extracellular matrix formation of vascular smooth muscle cells and cardiomyocytes, reduce arteriosclerosis and plaque formation, and inhibit vascular remodeling in a paracrine/autocrine manner. Therefore, it plays an important protective role in the occurrence and development of cardiovascular diseases such as heart failure, hypertension, myocardial hypertrophy, and atherosclerosis.

Bradykinin (BK) is a physiologically and pharmacologically active peptide consisting of 9 amino acids. Bradykinin has the effect of relaxing blood vessels, lowering blood pressure, and regulating water and electrolyte balance.

Endothelin (ET) is a peptide consisting of 21 amino acids. Endothelin is the strongest known vasoconstrictor active peptide in the body, which may be related to the occurrence and development of many cardiovascular diseases. Endothelin has the effect of constricting vascular smooth muscle, and also has positive inotropic effect, which can stimulate growth and lead to vascular and cardiac remodeling. Endothelin also stimulates the release of renin and aldosterone.

Calcitonin gene-related peptide (CGRP) is a biologically active peptide consisting of 37 amino acids. CGRP has strong vasodilation, lowering blood pressure, increasing myocardial contractility, and inhibiting the proliferation of vascular smooth muscle. CGRP regulates the cardiovascular system and has an important impact on the occurrence and development of cardiovascular diseases.

Pituitary adenylate cyclase activating polypeptide (PACAP) is a neuropeptide with various biological activities. As an endogenous vasodilator substance, PACAP has a powerful effect on the cardiovascular system.

Fibrinogen (FIB) is a plasma glycoprotein with coagulation function synthesized and secreted by the liver. In addition to participating in coagulation, fibrinogen is also an independent predictor of various cardiovascular diseases, and its correlation with ischemic heart disease, coronary heart disease, arrhythmia, heart failure, diabetes, hyperlipidemia and other diseases has been studied by many researches confirmed. In addition, fibrinogen as an important risk factor for cardiovascular disease has been confirmed by a large number of histopathological, clinical trials and epidemiological studies.

Fibronectin is a high molecular weight non-collagenous glycoprotein and one of the main components of the extracellular matrix. Fibronectin plays a key role in regulating cell adhesion, migration, growth, proliferation and differentiation, and is involved in wound healing, embryonic development, immune regulation and other processes. It has a variety of biological activities and cell regeneration and repair. biological functions. Fibronectin can promote the adhesion of platelets to damaged blood vessels and accelerate the blood clotting process.

The main hormones produced by the posterior pituitary are oxytocin and vasopressin. The amino acid sequences of vasopressin and oxytocin differ by only two amino acids.

Oxytocin is a neuropeptide hormone synthesized by the hypothalamus. Oxytocin is very similar in structure to vasopressin, so oxytocin can also constrict the surrounding capillaries and increase blood pressure. Oxytocin also modulates factors directly related to atherosclerotic cardiovascular disease, such as inflammation, weight gain, and insulin resistance.

Uropressin is a neurocyclic peptide isolated from the caudal pituitary gland of fish. Uropressin, a vasoconstrictor active peptide, has many biological effects after binding to receptors, such as constricting blood vessels and promoting cell proliferation.

Kisspeptin is a neuropeptide, encoded by the KiSS-1 gene, which can be hydrolyzed to produce short amidated peptides of different lengths such as Kisspeptin-54, Kisspeptin-14, Kisspeptin-13 and Kisspeptin-10. Kisspeptin has biological effects such as inhibiting tumor metastasis, affecting endocrine, regulating reproductive function, and affecting cardiovascular diseases.

Eptifibatide is a cyclic heptapeptide with antiplatelet activity. Eptifibatide inhibits platelet aggregation by blocking fibrinogen and other viscosity factors. Eptifibatide can be used to treat coronary heart disease.