Diabetes mellitus is a metabolic disease caused by multiple etiologies and characterized by chronic hyperglycemia. Abnormal metabolism of carbohydrates, fats, proteins, water and electrolytes due to defects in insulin secretion and/or action (insulin resistance). 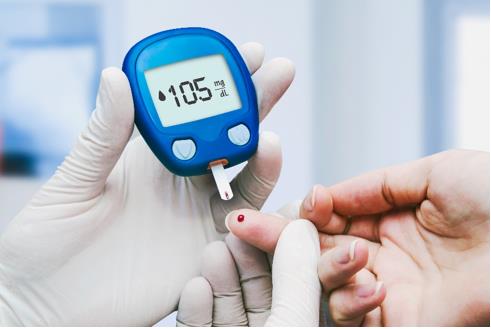 Diabetes can be divided into insulin-dependent diabetes mellitus (IDDM, also known as type 1 diabetes), non-insulin-dependent diabetes mellitus (NIDDM, also known as type 2 diabetes), gestational diabetes and special types of diabetes. The absolute absence of insulin due to the destruction of insulin-producing pancreatic beta cells is the main cause of type 1 diabetes. Decreased insulin secretion due to insulin resistance and/or defective pancreatic β-cell function is characteristic of type 2 diabetes. Gestational diabetes is diabetes diagnosed during pregnancy. Special types of diabetes are a wide range, and are some hyperglycemic states with relatively clear etiologies, such as genetic defects in islet β-cell function/insulin action, pancreatic exocrine diseases, and endocrine diseases.

With the development of society and the trend of aging population, diabetes has become a global disease. According to data provided by the International Diabetes Federation (IDF), about 537 million adults aged 20-79 worldwide will have diabetes in 2021, accounting for 10.5%. Compared to 2019, the figure represents a 16% increase, highlighting the alarming increase in the prevalence of diabetes worldwide. The total number of people with diabetes worldwide is projected to increase to 643 million by 2030, and to 783 million by 2045.

As a serious non-communicable chronic disease, diabetes has become a major public health problem concerned by countries all over the world. Data provided by the IDF shows that in 2021, global health spending due to diabetes is estimated to be $966 billion, an increase of about 316% over the past 15 years. Excluding deaths related to COVID-19, about 6.7 million adults are expected to die from diabetes or its complications in 2021, accounting for 12.2% of all-cause deaths globally. One person dies from diabetes every five seconds at this location. Worldwide, 541 million adults with impaired glucose tolerance (IGT) are at high risk of developing type 2 diabetes.

After continuous exploration by researchers all over the world, some technologies about peptides have shown great advantages in the treatment of diabetes. Certain peptide drugs can significantly promote insulin secretion and help restore the function of pancreatic beta cells. 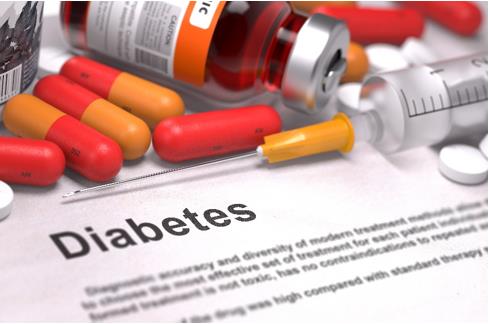 Islet amyloid polypeptide (IAPP), also known as amylin, is produced by islet beta cells, and its molecular structure is a peptide containing 37 amino acids. IAPP (Amylin) cooperates with insulin, glucagon, etc. to regulate glucose homeostasis. IAPP (amyloid) is a major component of the pancreatic amyloid deposits found in the pancreas of patients with type 2 diabetes, suggesting that it may be involved in the pathogenesis of type 2 diabetes. IAPP (Amylin) lowers blood sugar by reducing postprandial glucagon secretion, delaying gastric emptying, and suppressing appetite. IAPP (amylin) prepared by genetic engineering has been used in the clinical treatment of diabetes. IAPP (amylin) analogs, such as Pramlintide, also showed good positive effects as adjunctive drugs for type 1 and type 2 diabetes.

The unique habit of a lizard called the Gila monster is that it eats a lot, but eats less frequently. It can eat about half its body weight at a time and only eats four times a year. The food you eat is converted into fat, which is then stored in the body in large quantities for the body to use. The saliva of beaded lizards contains exendin. Exendin is an exogenous biological peptide that can stabilize DPP-4 enzyme, has the ability to regulate blood sugar in the body, and can play a role in regulating blood sugar for 12 hours or even longer.

Ghrelin is a gastrointestinal peptide hormone with 28 amino acids in the body, and it is the endogenous ligand of growth hormone secretagogue receptor (GHSR). Ghrelin has a wide range of physiological effects in the body, such as promoting the release of growth hormone (GH), increasing food intake, enhancing gastrointestinal motility and anti-inflammatory, and is closely related to glucose and lipid metabolism and obesity. Ghrelin has emerged as a key factor in regulating appetite and energy balance. Some studies have found that total ghrelin levels may be related to insulin resistance and islet function in type 2 diabetes. The effect of ghrelin on glucose metabolism and lipid homeostasis provides a new preventive or early intervention treatment strategy for obesity-related type 2 diabetes and related metabolic dysfunction, and provides new ideas and methods for the treatment of diabetes.

C-peptide is a linker peptide. It is secreted by pancreatic islet cell secretory cells in an equimolar form with insulin and C-peptide, that is, in a 1:1 ratio. Therefore, the measurement of C-peptide reflects the level of insulin in the blood, and can be used to determine the type of diabetes and the function of pancreatic β cells. Recent studies have found that C-peptide has various biological activities. C-peptide alleviates and delays the occurrence and development of chronic complications such as kidney, nerve and cardiovascular in patients with type 1 diabetes by activating some enzymes, which provides a new idea for the treatment of type 1 diabetes.

Gastric inhibitory polypeptide (GIP) is a linear peptide composed of 43 amino acids. GIP is an important metabolic hormone in animals and humans. It has a special molecular structure and plays an important physiological role in the body. The physiological functions of GIP are mainly to promote the secretion of insulin and glucagon, promote the proliferation, differentiation and regeneration of β cells, inhibit the apoptosis of β cells, increase the uptake and utilization of glucose by peripheral muscle tissue, inhibit the secretion of gastric acid, inhibit the secretion of pepsin, inhibit the Stomach motility and emptying etc. The study found that drugs targeting GIP and its receptors may become a new treatment for type 2 diabetes by improving islet function or insulin sensitivity.

Glucagon is a peptide hormone produced by pancreatic alpha cells and consists of 29 amino acids. Glucagon plays a crucial role in glucose metabolism and homeostasis. In contrast to the insulin action of lowering glucose, glucagon's action is to increase the concentration of glucose in the blood, promote fat breakdown and oxidation, and promote insulin secretion. Studies have found that diabetes has higher glucagon levels at different stages. The treatment of diabetes is effective by inhibiting the secretion or action of glucagon as well as glucagon-specific targeted therapy.

Oxyntomodulin is a natural peptide hormone. Oxyntomodulin has the ability to activate both glucagon-like peptide-1 (GLP-1) receptors and glucagon receptors. Oxidation regulation can inhibit dietary intake, reduce body weight, induce β-cell expansion, promote insulin secretion, and be effective in the prevention or treatment of diabetes and related diseases.

Glucagon-like peptide-2 (GLP-2) is an intestinal peptide hormone containing 33 amino acids. Both GLP-2 and GLP-1 are derived from the proglucagon gene, but have different physiological functions. GLP-2 has a variety of intestinal effects, including promoting intestinal cell growth, promoting the digestion and absorption of nutrients, improving intestinal barrier function, inhibiting gastric motility and gastric acid secretion, and regulating glucagon secretion.

Insulin is a hormone composed of small polypeptide proteins secreted by pancreatic beta cells stimulated by endogenous or exogenous substances. Insulin is the only hormone in the body that lowers blood sugar and can simultaneously promote glycogen, fat, and protein synthesis. Insulin is not only the most basic way to treat diabetes, but also the most effective way.

Insulin-like growth factor (IGF) is a necessary polypeptide in the process of growth hormone production. IGFs are partially homologous to insulin in structure, and bind to specific receptors to promote growth and development, promote substance metabolism, inhibit insulin secretion, and lower blood sugar, and are closely related to diabetes.